Kasparov is against to Democracy!
Garry! Stop your Political Tyranny! 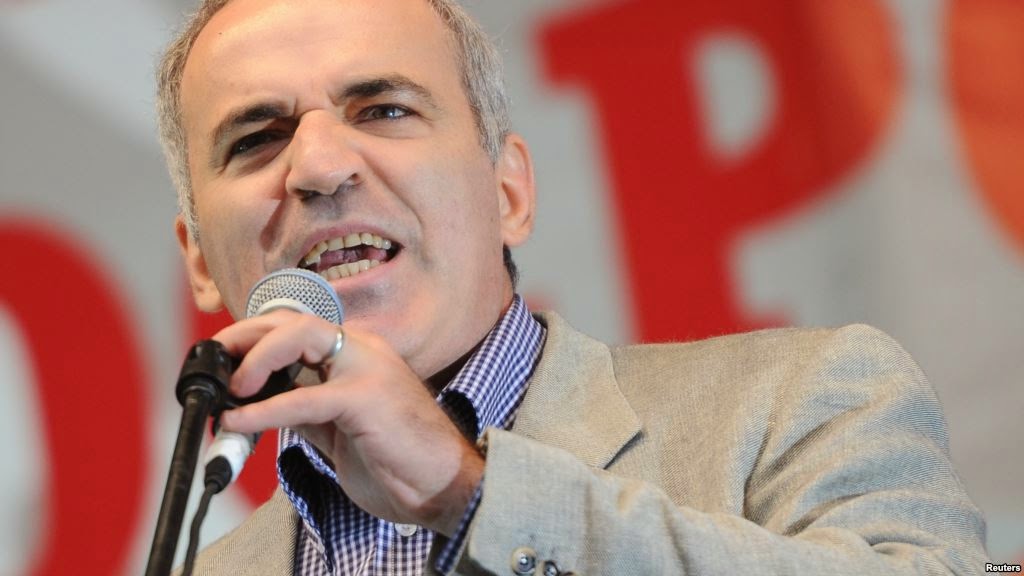 Kasparov is a candidate in the next FIDE Presidential Elections. He uses all kinds of dirty methods to get votes for this election. Sure none of them works!

What do you expect from a candidate? To explain campaign program, to show his talents, to persuade voters with promises about what he is going to succeed when he is elected!

One of his common method is to use political power over federations, which are reluctant to support him.
Here you will read the story of political violence of Garry Kasparov!


Tunisian Chess Federation had declared their support to Kirsan Ilyumzhinov in FIDE elections, like many of others.  At the beginning, TCF has treated both candidates with respect. TCF invited both Kirsan and Kasparov in Tunisia to present their program and set an appointment with the president of the republic.

Isn’t that enough fair? To ask both side their programs and to receive them in a country at the highest level possible?

Kasparov at the beginning accepted the invitation and appointment was fixed at 30th November. Then he refused to visit Tunisia when he learnt that TCF invited President Kirsan and treated with respect and honors. Sure that is not a big surprise for me. Since he is afraid to meet Kirsan anywhere, anytime. He can only tell his unreal stories after the people, and cannot face them.

Kasparov has not met his appointment with the President of the Republic of Tunisia on 30 November 2013 and he did that without any explanation or apology. All we know that he does not respect any protocol or diplomacy. He also shows a very big evidence that if he could win elections (Thanks God this is not possible) he would be impotent to represent FIDE in correct manner.

After that our legendary player, made everything possible to crash this federation. He is using a parliament in the country (Mr Mehdi Ben Gharbia) to influence politically national federation. Federation refuses openly with a big courage to co-operate with Kasparov. They cry that even if this is an end for them they will not support Garry. Tunisian Chess Federation has already declared Garry Kasparov as a “persona non grata in chess in Tunisia”.  What a nice way for a great legend to behave a federation because of their democratic choice!

Here is a recent message from a friend in Tunisia! Read it!
So, Garry, You have done the same to me when I was the president of Turkish Chess Federation you remember?

Let me tell you something! You are a great legend and player in the history of chess, but you are the biggest shame on the politics of chess! You will get the answer in Tromsö from FIDE Family!